Movie Name
Sita Ramam (2022)
Movie Name (in Tamil)
சீதா ராமம்
Starring
Dulquer Salmaan, Mrunal Thakur, Rashmika Mandanna, Sumanth
Music
Vishal-Shekhar
Year
05 August 2022
Lyrics List
Story
In 1964, Ansari, a Pakistani extremist, does not approve of the brotherly relationship between Muslims and Hindus in Kashmir. He plans on severing the bond and separating them. He strongly believes that the Indian Army is the reason for the unity. He resorts to brainwashing teenagers in Pakistan and sends them to Kashmir. He advises them to live in disguise to make his plans work.

In 1985, Afreen is a fierce Pakistani-based rabble-rouser in London, who dislikes anything about India. She sets fire to the car of an Indian, in retaliation for India burning Pakistan's flag. The management board of her university reveals the car's owner to be their sponsor, philanthropist, Anand Mehta, and ask her to apologize to him. As Afreen doesn't like to say sorry to Indians, the philanthropist gives her two choices: either to give him 1 million (10 lakhs INR) as compensation or get rusticated from college. Being a stubborn and unapologetic patriot, she decides to compensate him and goes back to Pakistan to meet her grandfather, Pakistan Army Brigadier Tariq, for giving her the money to compensate him. However, upon her arrival in Pakistan, she finds out that her grandfather passed away. In his will, he asks her to deliver a letter, which he could not, written in 1965, by Indian Army Lieutenant Ram to his lover, Sita Mahalakshmi of India, as it was a debt that Afreen had to fulfill. Upon successfully doing so, she will inherit his wealth. Though reluctant at first, Afreen agrees to deliver the letter to her, so that she can inherit Tariq's wealth.

Afreen leaves for Hyderabad in search of Sita, where she is accompanied by Balaji, her senior at the university in London. She reaches the address, only to find that to be a ladies college. She asks Subramaniyam, who has been working there for more than 20 years, about Sita. He tells Afreen that the college was the royal palace of the Nawab of Hyderabad once which was donated by Princess Noor Jahan for the education of girls. He also adds that nobody with the name of Sita was there. Clueless, Afreen is unable to find Sita without any details. Upon getting an idea, she goes in search of Ram, instead, and learns about the address of Lt. Vikas Varma, who was in Ram's regiment, in Kashmir. Upon meeting Vikas, Afreen meets Ram's friend Durjoy Sharma and superior Vishnu Sharma, and learns about Ram's story.

In 1964, Ansari, who sent teenagers to Kashmir, gives them the whereabouts of the Indian Army. After learning about them, Major Selvan orders the army to catch and kill the Pakistani teenagers, as they can compromise the safety of the Indians, in Kashmir. However, their plan backfires as Kashmiri Muslims, in the area, who thought of the youngsters as their own, attacked every soldier responsible for killing the youngsters. Knowing this would happen, Ansari steps over into Kashmir and brainwashes the Kashmiri Muslims. The enraged Muslims set fire on the houses of Kashmiri Pandits in Agarta. Aware that they are under the influence of Ansari, Ram tries to stop them, where he captures the informer and reveals the truth to the Kashmiri Muslims. After learning the truth, they apologize for trying to incite a religious riot and help the Indian Army in putting out the fires. This incident becomes national news, where Ram and his fellow regiment mates become national heroes.

Vijayalakshmi, an investigative journalist arrives to interview them, through which she learns that Ram is an orphan. The next day, on the radio, she tells everybody about Ram and asks everyone in India to send their love to him. As a result, Ram receives a lot of letters from people across India, acknowledging him as their own brother and son. He is overjoyed to know that he has a big family and starts writing letters to reply to all of them. One of them is a letter, written by Sita Mahalakshmi, addressing him as her husband. He is surprised and regularly receives letters from her with no address. One day, Vikas and Ram take the same train as Sita, based on the minute details provided by her in the letters. He searches the entire train and is able to find her. He repeats a riddle, written in her letter, so that she can recognize him. He gives her his friend's landline number and leaves the train. Upon his arrival at his friend Durjoy Sharma's house, he gets to know that the phone has been dead for a week. Sita comes in search of Ram at Durjoy's house. They meet and Ram takes a picture of her, discreetly.

Sita leaves yet again without giving him an address. Ram goes to a magic show in search of Sita and meets her friend, who reveals that Sita has been writing many letters to him, but posted only a few of them. He gets to know that Sita is a dance teacher, living in Princess Noor Jahan's palace in Hyderabad, to teach her Bharatanatyam. He enters the palace with the help of Subramaniyam and meets Sita. Ram learns that he saved her from riots, in Agarta, and that it was her first encounter with him. However, he was not able to see her face back then. It is later revealed that, Sita is none other than Princess Noor Jahan, whose marriage alliance is fixed with the Prince of Oman, in order to save her family's factories and businesses that were captured in Oman. She goes to bid her farewell to Ram, but ends up accompanying him the next four days, where they meet his family (the ones that wrote him the letters). Sita and Ram are spied by a journalist, who clicks their pictures together. Later, Ram drops off Sita at the palace and leaves to Kashmir. The pictures get published in the newspaper, revealing the Princess's love for a common man. Sita reveals to her brother that the news is true and cancels her alliance. She leaves to Kashmir for Ram. They spend some time together and Noor meets Ram's fellow mates as Sita. They meet Vishnu Sharma and his family at dinner. However, they are attacked by the youngster seeking vengeance for the earlier encounters. They capture him and obtain the precise location of Ansari. Ram promises the youngster that he will rescue his younger sister, Waheeda, from Ansari.

The army plans a secret mission to gun down Ansari and warns the soldiers that if they get caught, they will be disowned by the army and declared as traitors. While talking to Sita, Ram tells how the soldiers would bury him if he was found dead by going inside the bathtub. Ram, Vishnu Sharma and his team leave for the operation, by crossing the Indian border, and successfully execute Ansari. However, Brigadier gets alarmed by the fires that started as a result of the cross-firing, and starts for their location. Ram and his team are about to leave, when Ram hears a girl cry and realizes that it is Waheeda. He leaves to save her. However, Ram, along with Vishnu Sharma, are captured by the Pakistan Army, while the other soldiers escape successfully. Ram hands over Waheeda to Brigadier Tariq. They are tortured mercilessly to reveal the coordinates to the Indian Army base, in Kashmir, but the Brigadier Tariq takes pity on Ram and Vishnu and provides them with care. While using brute force, the Pakistani soldiers are able to get Vishnu to reveal the coordinates of the Indian army bases to them, in exchange for his freedom and not harming his family. Vishnu gets released, but they hang Ram, in order to demoralize the Indian army. The Indian army bases in Kashmir are destroyed, and Ram is branded as a traitor. Before his execution, Ram writes a letter to Sita and asks the Brigadier to deliver it to her.

In 1985, Afreen learns that the Brigadier was, in fact, Tariq. Additionally, the child, whose life was saved by Ram during the fire, is Afreen herself which is why Tariq said that delivering the letter was a 'debt' she had to fulfill. A changed Afreen, with a heavy heart, delivers the letter to Sita, through Balaji, where they learn about Ram's innocence and also finds the newspaper clipping attached to it, about "Princess Noor Jahan of Hyderabad being in love with a common man". Both Afreen and Balaji realize that Ram knew about Sita's true identity as a Muslim and did not care. With Ram's letter and Afreen, as evidence and witness, an enquiry is ordered on Vishnu Sharma and his regiment. Out of disgrace, he shoots himself with his service revolver. Sita manages to prove Ram's innocence and restores his name and honour in the Indian Army. 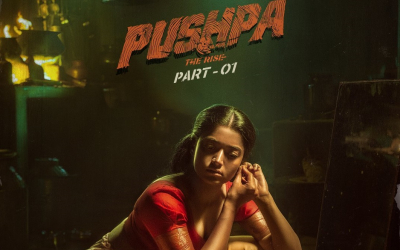 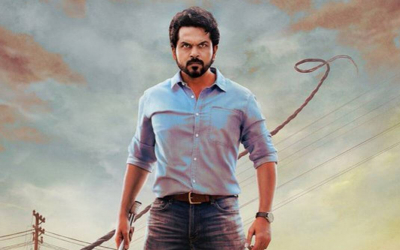