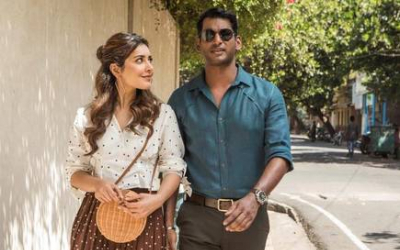 Movie Name
Ayogya (2019)
Movie Name (in Tamil)
அயோக்யா
Starring
Vishal, Raashi Khanna, R. Parthiban, K. S. Ravikumar
Music
Sam C. S.
Year
10 May 2019
Lyrics List
Story
Karnan is an orphan who grows up learning that a police officer’s life is a happy one with lots of money coming in the form of bribes, which inspires him to become a police officer. After years of yearning, he becomes a corrupt, cunning, manipulative and ruthless Sub-Inspector. He is transferred to Chennai, where he forms an immediate friendship with the local don ECR Kaalirajan by releasing his four brothers Ravi, Mani, Varun, and Sundeep from lock-up, who were all arrested for smuggling. Karnan's attitude does not go well with his subordinate Abdul Kader, a sincere police constable. In vain as it is, he tries to oppose Karnan’s deeds.

Meanwhile, Karnan meets Sindhu and falls in love with her at first sight. With the help of two chain snatchers, Karnan manages to steal her pet dogs, which are very precious for her. He later manages to pose those chain snatchers as police constables and adds that they had to fight with Korean smugglers to retrieve those dogs, adding that he is an ardent dog lover, which makes Sindhu fall for him. On Sindhu's birthday, Kaalirajan's men kidnap her, and Karnan rescues her in time. Kaalirajan then scolds his henchmen for kidnapping the wrong person and apologizes to both of them.

As her birthday gift, Sindhu requests Karnan to save the girl who was supposed to be kidnapped and killed by Kaalirajan. Initially hesitant but obliged to comply in order to satisfy Sindhu, Karnan saves the girl, Santhiya, opposing Kaalirajan. Karnan and the latter then reconcile, and Karnan comes to know that Santhiya has certain evidence against Kaalirajan's brothers, which, if exposed, can get them severely punished. Karnan meets Santhiya and comes to know that her sister Bhavani was kidnapped, raped, and brutally assaulted to death by Kaalirajan's four brothers for two weeks, and this act was recorded by them. The footage was stored on a camera, which is with Santhiya now. Karnan takes the camera and sends Santhiya and her mother to the States, where Santhiya resides.

Before their departure, Santhiya's conversation with him, wherein she explains the torture her sister went through before death, brings a change in his mindset, and he realizes that he has changed after a chain of events with Kader notifying the change in him. After Bhavani's corpse is found and the autopsy is performed, Karnan produces the camera as the evidence, which turns out to be an empty one. Though no further evidence exists, Karnan asks a gap of one day to provide necessary evidence so that Kaalirajan's brothers do not escape as exonerated. He regrets not making multiple copies of the camera in a conversation with Sindhu. Later, however, Kaalirajan's men attack Karnan when he is alone and bury him alive, but he saves himself in the nick of time.

Karnan reaches the court the next day, and to everyone’s shock, adds that he is one among not the four, but "five" men who sexually assaulted Bhavani and convinces the judge to sentence all five of them to capital punishment, in order to ensure the other four do not escape punishment. This statement shakes the entire course of the case, and Karnan is publicly resented. Karnan is allowed by the commissioner to watch as all four of the brothers are hanged to death, after which he too is hanged. Merely hours later, Santhiya and her mother arrive in Chennai, publicly revealing that Karnan was not involved in the rape of her sister, and the sacrifice he made to ensure punishment to all of the accused criminals. The revelation shocks the nation, who realizes their folly in misunderstanding Karnan.

The film ends as Karnan’s corpse is bought and walked from the gallows, as all of the public that resented him when he owed up for the crime mourns his death. 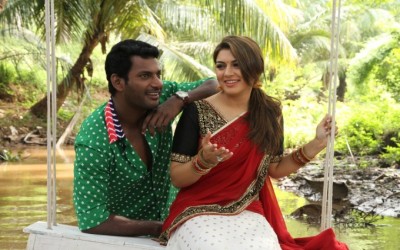 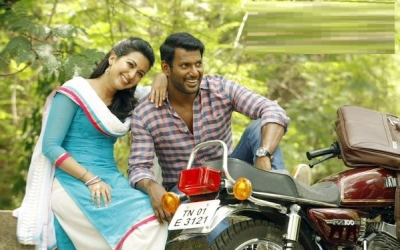 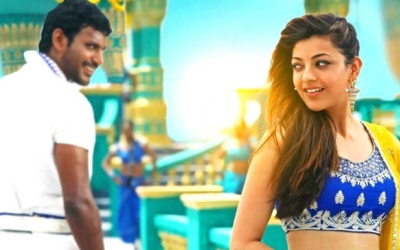 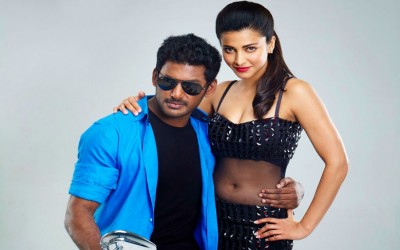 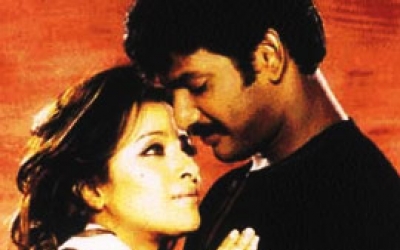 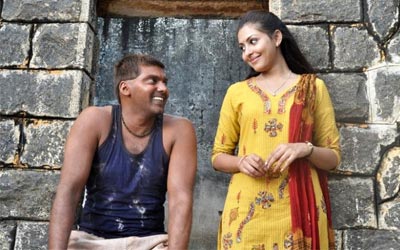 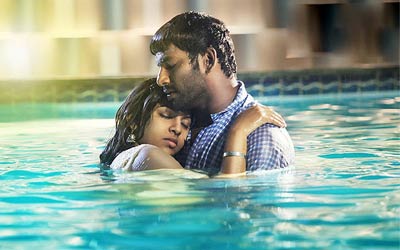 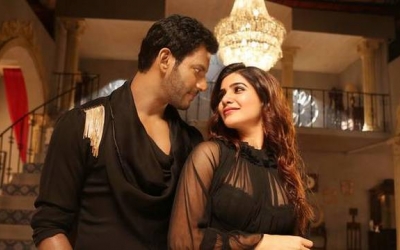