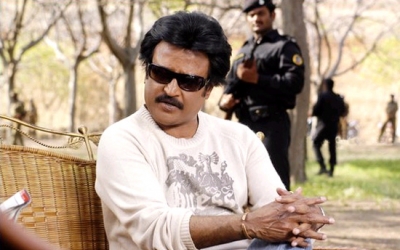 Movie Name
Kuselan (2008)
Movie Name (in Tamil)
குசேலன்
Starring
Rajinikanth, Pasupathy, Meena
Music
G. V. Prakash Kumar
Year
01 August 2008
Lyrics List
Story
Balakrishnan (Pasupathy) is the owner of a barber shop in a remote village. His family consists of his wife Sridevi (Meena) and three children. Balakrishnan struggles to persuade customers to visit his barber shop while his competitor Shanmugham (Vadivelu), former worker of Balakrishnan who has his own barber shop across from Balakrishnan's, uses cunning means to make business in haircutting. Balakrishnan's downfall in business causes him to neglect paying his children's school fees. Although he struggles to make a living, he still enjoys spending time with his family.

News spreads through the village by Nagaraj (Santhanam) that superstar Ashok Kumar (Rajinikanth), a popular film actor, will be arriving for a shooting schedule. While the rest of the village celebrates in shock and excitement, the news does not impress Balakrishnan, who was best friends with the actor during their childhood days. The two have not met one another for nearly 25 years. Balakrishnan is often bothered by Sridevi, and his children to introduce them to Ashok Kumar. Kuppuswamy (Livingston), a financier who is keen on making a film and who was once disgusted by Balakrishnan's barber shop, tries to woo him into introducing him to Ashok Kumar so that he can make a film with him. Meanwhile, Sridevi spends her time bragging to her neighbours about her husband being friends with the super star.

In the other part of town, Ashok Kumar is given tight security, led by the deputy commissioner Senthilnathan (Prabhu Ganesan) due to the possibility of misbehaviour among the crowd who spend their time hanging out in front of every shoot location, eager to get a glimpse of the superstar. Ashok Kumar is shown taking part in the filmings of Annamalai: Part 2, Chandramukhi: Part 2, (fictional sequels of Annamalai and Chandramukhi) and Kuselan, along with his co-star Nayantara (Nayantara). Balakrishnan tries to meet with his childhood friend, but he is never able to make it to him through the large crowd. Shanmugham also tries every possible way to meet with the superstar so that he can get a photo with him and humorously fails.

The headmistress of the local convent school (Geetha) visits Balakrishnan and asks him if he could get Ashok Kumar to attend their school's upcoming annual function. Balakrishnan hesitates at first but later agrees to do so. Balakrishnan continues to attempt to confront the superstar, however with no success. On the other hand, Shanmugham finally falls into Ashok Kumar's backyard by accident and, and to his utmost surprise, gets the chance to speak with the celebrity.

Days pass by and the staff and parents of the school complain to Balakrishnan during their parents meeting about inviting the superstar. Balakrishnan, again, agrees to confront the actor but goes without doing so. The headmistress decides that it is only better if she invites the superstar. She visits him, with two other school secretaries, which includes Mr. Srinivasan (R. Sundarrajan), who arrogantly questions Ashok Kumar about his films and his personal decisions. Despite the irritation received from Srinivasan, the star accepts their invitation to and agrees to attend, as long as Srinivasan isn't around.

The day of the school function arrives and the school prepares for the arrival of Ashok Kumar. Back at Balakrishnan's house, Balakrishnan who is saddened because of his children; they are angry at him father for not taking them to see the super star, does not want to attend the school function. Sridevi shows her admiration for Ashok Kumar and her willingness to attend the function. Balakrishnan shows his willingness to grant at least her wish to see the super star and agrees to attend the function. At the school, Balakrishnan and Sridevi are wide-eyed to see Ashok Kumar walk across the stage. In his speech, Ashok Kumar praises the students and teachers of the school and receives many applauses. Srinivasan then learns that Ashok Kumar had a great respect for teachers. He brings forth his past, as a child. He explains his poor and harsh lifestyle during his childhood days. On that note, he the recalls his memories of his childhood friend, Balakrishnan, who, according to Ashok Kumar, cared for him so much and spent a lot for him. Ashok Kumar tells the audience that it was Balakrishnan who sold his own jewelry to send him to Madras to join a film institute. Ashok Kumar wipes away his tears as he expresses his sorrow for not being able to see his friend since then. Ashok Kumar then apologizes to the audience and ends his speech on a happy note. A broken-hearted Balakrishnan, returns home in tears after seeing his best friend cry on stage for him. As he weeps to his wife and children, he sees Ashok Kumar at his doorstep, forming the climax of the film. Balakrishnan slowly walks up to his long-lost friend and the two embrace and wipe away their tears. 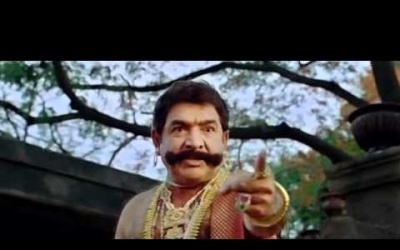 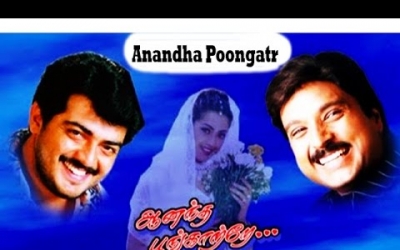 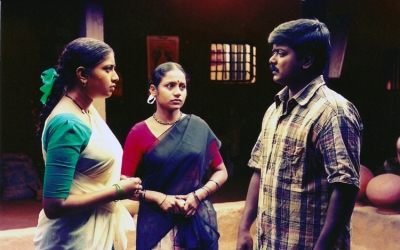 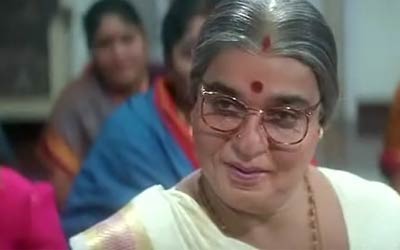 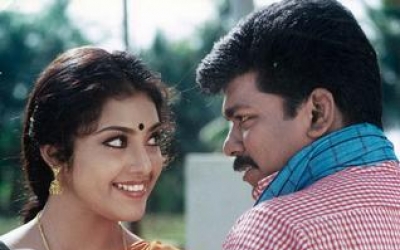