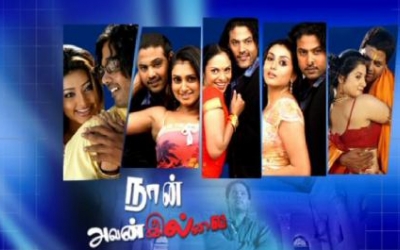 Movie Name
Naan Avanillai (2007)
Movie Name (in Tamil)
நான் அவனில்லை
Starring
Jeevan, Sneha, Namitha, Malavika
Music
Vijay Antony
Year
20 April 2007
Lyrics List
Story
The film opens with a scene of people giving police complaints of the same fraud. Police broadcast the picture of the suspect on TV. Elsewhere, Annamalai (Jeevan) is arrested by the police in a hospital after being injured in a bus accident, under the charges of cheating and marrying four women with false identities. The four victims also confirm after seeing Annamalai that he was the one who cheated them.

Annamalai is produced in the court where the judge (Lakshmi) offers him a free lawyer owing to his inability to pay for one, but he prefers to argue his own case. Proceedings start as Rekha (Malavika) is produced as the first witness. She explains how she came into contact with a rich man from London called Vignesh and how he charmed her. A friend of Vignesh called Napoleon informs Rekha that Vignesh's parents want him to come to London in two days to make him marry a rich young woman. Rekha suggests that they both marry next day without much formality, so as to prevent marriage with the London girl. After marrying her, Vignesh cheats Rekha's brother Tyagu, a construction company owner, of Rs.25 lakhs intended as bribe for a government minister by acting as a middle-man between Tyagu and the minister in obtaining licence for a construction tender. He also decamps with Rekha's jewels worth Rs.40 lakhs next day after the marriage. However, Vignesh had postponed marriage registration and formal invitation printing owing to his apparent urgency to go to London. He also wanted the photographer to take the wedding photos in his personal digital camera saying he will send the prints from London.

Annamalai argues that since there was no proof of a marriage between Vignesh and Rekha in terms of photos or registration, she cannot accuse him of cheating him; he states that he is not Vignesh. He, in turn, accuses Rekha's brother of trying to bribe the minister of Rs.25 lakhs. The fingerprints analyzed on the suitcases were found not to match with Annamalai's prints.

The next victim is Ammu Kutty (Jyothirmayi) from Cochin. She meets Madhavan Menon who helps lift up her picnic car when it was stuck in a hole. Then regular meetings passed and both started to love each other. When Ammu Kutty's family decide to marry her to a man in her relations, Ammu Kutty and Madhavan elope with her jewels. Napoleon then calls Ammu Kutty and says Madhavan has to pay Rs.10 lakhs deposit regarding a tea estate business; today is the last date. Ammu Kutty also learns from Napoleon that Madhavan is the son of the sister of Kerala's chief minister. Madhavan says he doesn't have that much money. Ammu then gives him all her jewels for this. Madhavan hesitates but later takes it and goes to pay the deposit. But he doesn't return. Someone informs her family of her location and they come and drag Ammu Kutty to her house.

Annamalai then cross questions Ammu Kutty. He says it's her fault to have chosen a husband without even knowing properly who he was. When he asks for her thali (a ceremonial wedding thread tied by husband to the neck of the wife), she says she threw it away in anger. Annamalai states that the thali should not be disrespected like this and hence she is lying. He repeats that he is not the criminal.

Meanwhile, Anjali, the daughter of the judge who was watching the case from the beginning recalls how the criminal cheated her. Anjali met Zakir Hussain at an art gallery and they started to love each other. Anjali wanted to buy one of his paintings. Zakir agreed to bring the covered Rs.1 lakh painting to her house. Zakir entices Anjali by proposing to her and leaving for Hyderabad on work. When Anjali opens the painting, it is revealed to be a blank sheet. Anjali then goes to the art gallery where she meets the real Zakir Hussain who says that there was a man whose name was also Zakir Hussain who was a fan of his art. After this incident, Anjali develops an affinity toward Annamalai, still believing him to be the man who cheated her cleverly.

The police then perform a narco analysis and lie detector test on Annamalai without success. A man called David Fernandez comes to the police and claims that the accused is his brother Josef Fernandez and not Annamalai. When he says this in the court, Annamalai refutes the claim saying he is a Hindu. He adds that it has become clear that it was Josef Fernandez who took wrong examples of role models and who has cheated the victims. The police perform a DNA test with the blood of Annamalai and David to see if they are really brothers and the test ends in failure. Annamalai states that his mother's name is Annapoorni and they were living at the village called Vataparai which the police verify.

Annamalai says that this is just plain foolishness and fanaticism on the part of Chandra Bai and Rani and says the court cannot accept witnesses who are fools. He again states he is not the one who cheated them as Harihara Das.

The last victim is identified as Monika (Namitha) who is the managing director of Videocon. Unlike the other witnesses, she says she loved Annamalai who introduced himself to her with the name Shyam Prasad. Shyam had impressed her truly with his compassion, love and faithfulness. She asks the court to acquit him of all charges as she knows that Shyam is not such a person. Annamalai feels flattered by Monika's points but still states that he is not Shyam Prasad.

During a police raid, Ammu Kutty's jewels were recovered. When the owner was questioned, he said someone called Napoleon sold them to him; the owner gives the police the phone number. Using this, they captures Napoleon.

In the court, Napoleon reveals his real name as Thambidurai (Mayilsamy). He says he was a friend of the accused but never knew what was going on. He said that he was given some dialogues to speak and some numbers to contact and he did what he was asked. He also said that the accused also asked him to deposit Rs.20 lakhs to Anbu old age home.

The police investigate at the old age home and finds that Annamalai is not the real son of Annapoorni but adopted. They also learn that it was this place that the money of Rs.20 lakhs quoted by Napoleon was found. The police conclude that Annamalai is Josef Fernandez and, hence, the culprit. However, before the police could bring the proof against Annamalai, the judge, assuming all witnesses have appeared, prepares to give the judgment.

The court starts its final day of hearing, assuming there were no other witnesses to produce. Annamalai says that he is innocent of all charges and the real culprit, who looks exactly like him, is free. He also accuses the victims of being greedy and consenting to an apparently advantageous marriage without proper thinking.

The judge delivers the final judgment on the case saying that, based on the evidences submitted, it can only be suspected that Annamalai is the culprit. But there is no clear proof against him and, hence, she judge acquits him on the benefit of doubt before the police can arrive and prove him guilty. She also denounces the hasty decisions taken by the women and Rekha's brother who had offered bribe to a government official, which had brought them into such a situation.

Outside the court, Annamalai is stabbed by another woman who claims to have been cheated by him. He asks forgiveness from Jesus and collapses, revealing he is Josef Fernandez. He is rescued by an ambulance.

The last scene is Annamalai in a foreign country, enticing yet another woman into marrying him. 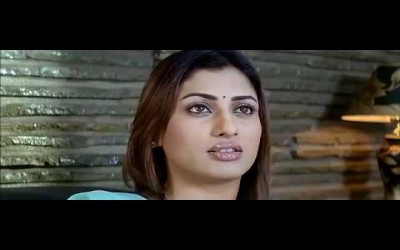 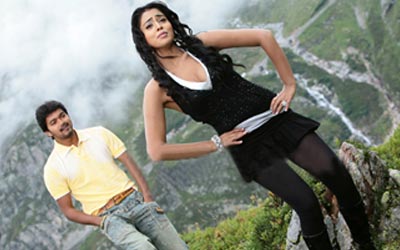 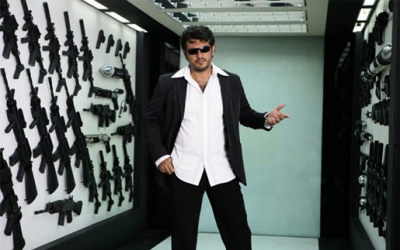 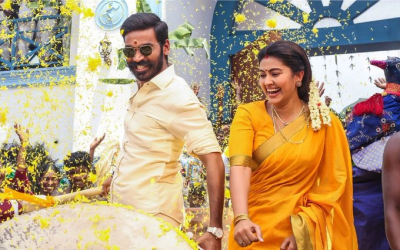 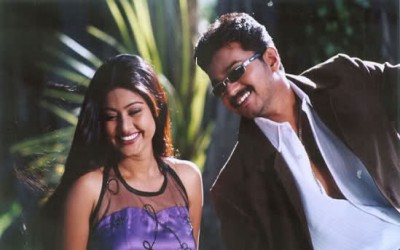 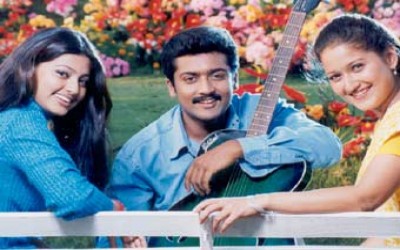