Movie Name
Iruvar (1997)
Movie Name (in Tamil)
இருவர்
Starring
Mohanlal, Prakash Raj, Aishwarya Rai
Music
A. R. Rahman
Year
14 January 1997
Lyrics List
Story
Set in the 1950s, the film begins with Anandan (Mohanlal), a struggling actor, seeking opportunities which will give him a big break in the film industry. Under his uncle's help, Anandan is given an opportunity to audition for the lead role in a forthcoming film. He arrives in the studio and practices his combat skills with sword props provided on the sets while waiting for the director and the crew. At this juncture, he meets Tamizhselvan (Prakash Raj), a small time writer who enters the studio with some sarcastic poetry and this prompts both into a little debate. The debate turns into a mutual respect into each other, and impressed by Tamizhselvan's skills, Anandan requests Tamizhselvan to write dialogues for him to recite during the audition.

With the help of Tamizhselvan's dialogues, Anandan floors the director during the audition and is hired as the hero of the film. Anandan's friendship with Tamizhselvan grows as a result, and Anandan is introduced to Tamizhselvan's political party which is led by Velu Annachi (Nassar). He grows to the party's ideology as time passes by. Anandan then marries a village belle Pushpa (Aishwarya Rai) while Tamizhselvan marries another village girl (Revathy) under the supervision of the party leader. When Anandan returns to Madras, he is greeted by the bad news that the production of the film has been cancelled due to financial difficulties. As Tamizhselvan jubilates at his party's victory, a depressed Anandan is forced to return to old ways of playing extras in the movies. He even loses motivation and doesn't act some parts out well, causing further demotion in his roles. Anandan also sends Pushpa back to her village due to his financial difficulties. At one of the shootings, Anandan is greeted by his mother and uncle with the news that Pushpa has died due to a freak accident in her house. Tamizhselvan travels down to console a grief-stricken Anandan of his wife's death.

Few days later, Anandan's assistant (Delhi Ganesh) informs him that he has been called up for an audition of the same director's new project (the director who hired him for the stalled movie). Anandan is elated and calls up Tamizhselvan, who abandons his pregnant wife while she is giving birth to rush to aid Anandan. He writes dialogues for Anandan once again and the movie starts rolling. Anandan is paired with a rising actress Ramani (Gauthami) for the film. The film receives tremendous response upon release and becomes a huge success, propelling Anandan into fame. At this time, Tamizhselvan encourages Anandan to use his popularity to help the party gain attention.

While shooting for his next venture, Anandan and Ramani have some romantic brushes, which causes Ramani's uncle (Nizhalgal Ravi), who lusts over her, to beat her up. Ramani comes to Anandan seeking refuge, and Anandan marries her. At this juncture, the party leader Velu Annachi(Nassar) passes away. Before passing away, Anna Durai has handed Anandan an important mantle in the party, much to the displeasure of Tamizhselvan who thinks Anandan is just a film star is not exactly passionate about the party. When Anna passes away, both Tamizhsevan and Anandan's names come to the fore as the party's new leader, and Tamizhselvan is voted the new leader. He however keeps Anandan only as a party spokesperson and doesn't provide him a ministry position. During a car trip with fellow members, Anandan's aides start breeding hatred by Anandan on Tamizhselvan, saying that Tamizhselvan purposely did not include Anandan in the cabinet. An infuriated Anandan chases the flamers away from his car, but has doubts in his mind nevertheless. Anandan finally asks Tamizhselvan for a ministry position which Tamizhselvan ridicules, finally flaming rivalry between the two.

Tamizhselvan is later shown to have an extramarital affair with a village girl who loves literature (Tabu), whom he first met while fighting for his party's causes before the party became successful. He marries her as his second wife subsequently. Meanwhile, Anandan, after his marriage with Ramani, calls up a new actress to audition to be his next heroine (it was a norm for an actor to work with same actress repeatedly during those days). The actress Kalpana (Aishwarya Rai again) resembles the late Pushpa, making Anandan uncomfortable. Ramani however insists that the actress is very talented and should be hired. Their association starts and the open nature of Kalpana's approach towards him makes Anandan more uncomfortable. Anandan finally reveals the truth about Pushpa, and this sparks off an affair between Anandan and Kalpana. In an ensuing party function held to pay tribute to Anna, Anandan creates controversy by revealing some inside truths of discomfort within the party, prompting Tamizhselvan to sack him from the party.

Anandan retaliates by forming his own party to stand in the election. His party priorities see him distancing himself from Kalpana, to whom he has promised to marry. An infuriated Kalpana walks out and starts doing social work. Anandan's star power enables him to win the election as he uses his films to spread his political propaganda. As he becomes the new chief minister, a key deputy jumps from Tamizselvan's party to Anandan's party, in the belief that Anandan's reign will see less dirty politics. This sparks off a cat and mouse game as Tamizhselvan and Anandan start devising tactics to outdo each other. This includes Anandan having to order Tamizhselvan's arrest after some riots broke out. It slowly dawns that Anandan's reign is no different than Tamizhselvan's and the deputy points out that the same corruption exists in Anandan's reign, to which Anandan says its the nature of politics. Anandan meets Kalpana again while she is doing social work after a while, and sends his assistant (Delhi Ganesh) to bring her back. While in the car, Kalpana, Anandan's assistant, and his driver meet with a fatal accident.

A distraught Anandan loses motivation after that as life begins to dawn upon him. Tamizhselvan, who just gets released from jail also slows down in his tactics to dethrone Anandan as age catches up with both of them. During the wedding of the daughter of one of the party members (who served under both of their reign), Anandan and Tamizhselvan meet each other and share a gracious handshake. The wedding takes place in the same place where they first met, prompting some memories and sly smiles from both of them. At the conclusion of the wedding, Anandan loses his footing and falls. The next morning, Ramani tries in vain to wake up Anandan but he had died in his sleep.

Tamizhselvan receives the news that Anandan has died. He attends the funeral but is unable to see the body as it is being dressed for the funeral parade. Realizing that people there will always assume him as an enemy of Anandan, he heads back to the place they first met and in an emotional monologue, recites poetry mourning his friend's death which depicts the depth of their friendship. The film ends as Anandan's body is paraded across the streets, mourned by a legion of film fans and politicians, finally coming to the crematorium and being cremated. 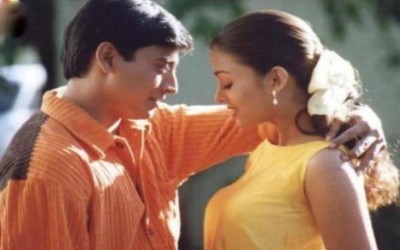 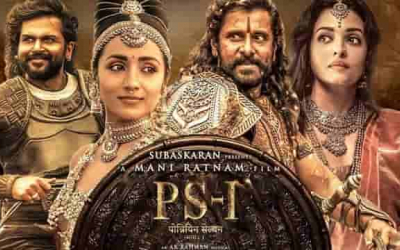 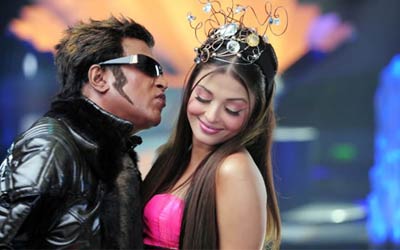 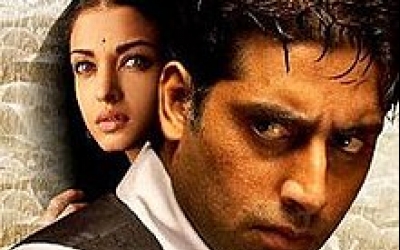