Movie Name
Iru Mugan (2016)
Movie Name (in Tamil)
இரு முகன்
Starring
Vikram, Nayantara, Nithya Menen, Nassar, Thambi Ramaiah
Music
Harris Jayaraj
Year
08 September 2016
Lyrics List
Story
A 71-year old Malaysian man suddenly goes ballistic and kills several Indian officers in a span of 5 minutes at the Indian Embassy in Kuala Lumpur, Malaysia, before collapsing. A tattoo of a love symbol is present at the back of his neck, leading RAW officials to conclude that it is the handiwork of a criminal scientist named Love, whose identity and whereabouts are unknown to anyone except Akhilan Vinod (Vikram), a former RAW agent whose wife Meera (Nayantara) was killed by Love four years ago. The RAW chief Malik (Nassar) tracks down Akhilan and convinces him to take part in the Indian Embassy attack investigation. On viewing the video footage of the attack, Akhilan comes to the conclusion that the elderly Malaysian man had taken a mysterious performance-enhancing drug which allowed him to attack the Indian officials and decides to investigate the matter further in Malaysia. Since Akhilan is no longer a RAW agent, Malik assigns him as a deputy to a junior RAW agent Aayushi (Nithya Menen), who is officially assigned to handle the case, and the two of them leave for Kuala Lumpur.
At Kuala Lumpur, Akhilan and Aayushi learn that the mysterious drug is inhaled using an asthma inhaler. Further investigations lead them to Peter (Karunakaran), a scientist who is under the payroll of Love. Peter turns approver and tells them about the drug, which is called "Speed".

The drug causes a person who inhales it to have extraordinary strength for five minutes before falling unconscious, and if the person inhales the drug again within a few hours, he/she will suffer a massive heart attack. Peter also reveals that a shipment of Speed inhalers is to be dispatched to Love within the next fifteen minutes. Akhilan and Aayushi pursue the lorry carrying the inhalers. But the lorry drivers, who have found out that they are being chased, inhale Speed and subdue the duo, who are then taken to Love's hideout. As Akhilan moves to arrest Love (Vikram), who turns out to have man/woman persona, he is knocked out by none other than Meera, who is shockingly still alive and working for Love as a computer hacker going by the name of Rosy. It is then revealed that Meera suffers from retrograde amnesia after being shot in the head four years ago and that Love took advantage of this fact to employ her as a computer hacker to protect his whereabouts from the police. She has no mind of her own, following whatever Love says. However, when Love orders her to kill Akhilan and Aayushi, she instead points the gun at Love, and calls the police, who arrest Love. Meera then reveals that she had been forced to take Speed by Love to work faster, but the drug caused her old memories, including those with Akhilan, to return, and she soon regained her full memory after continuously taking Speed.

Love manages to obtain a Speed inhaler while in custody and inhales it, helping him to escape and destroy the entire police station, killing everyone present including Aayushi. Akhilan finds out that Love had made a satellite call to one Chang, the Transport Minister of Malaysia who had allowed Love to send shipments of Speed inhalers to India to perpetrate terror attacks there in return for money. He rushes to the hospital where Chang is admitted and interrogates him. During the interrogation, Love sneaks into the hospital and hiding in the AC vent, sprays a neurotoxic gas in Chang's room, causing Akhilan and Chang to get paralysed. He then kills Chang and puts the knife on Akhilan's hand, framing him as Chang's assassin. Now a wanted criminal, Akhilan, despite being paralysed, somehow manages to escape from the hospital and the Malaysian police.

Akhilan and Meera then decide to finish off Love once and for all using Love's kill switch activation device which had been restored and hidden by Aayushi before she was killed. However, as the device can only be opened with Love's fingerprint, they plan on obtaining his fingerprint. They sneak into an illegal airfield owned by Chang, where Love is planning to leave for India with the shipments of Speed inhalers. Akhilan inhales Speed and fights Love, who has also inhaled Speed, and manages to get his fingerprint before collapsing after the drug's effect wears off. On regaining consciousness, he finds out that Love has already left for India. He then uses the fingerprints to open the kill switch activation device, deactivates Meera's kill switch and kills all of Love's henchmen, including those piloting the plane. The plane crashes into a remote jungle, killing Love, destroying the Speed shipments and thus averting a major terrorist attack.

One month later, Akhilan and Meera are seen enjoying their holiday cruise sponsored by the Government of Malaysia as a reward for killing Love. After discussing their future plans, Akhilan reveals he has kept a Speed inhaler. 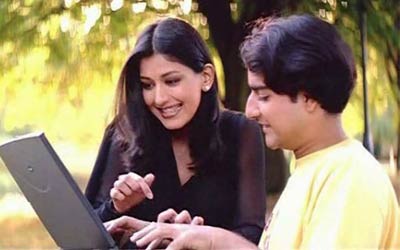 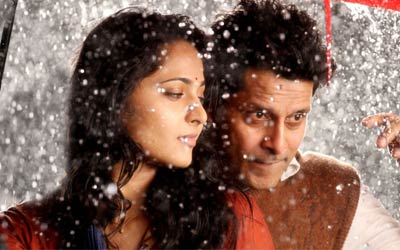 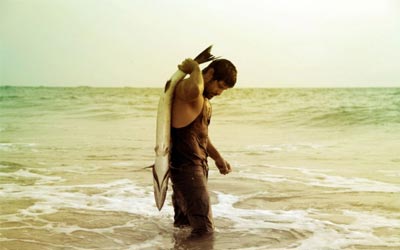 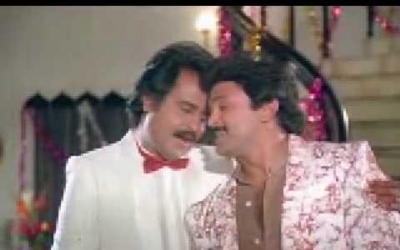