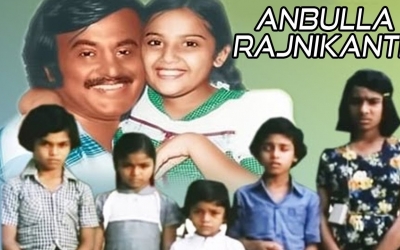 Movie Name
Anbulla Rajinikanth (1984)
Movie Name (in Tamil)
அன்புள்ள ரஜனிக்காந்
Starring
Rajinikanth, Meena, Ambika
Music
Ilaiyaraaja
Year
02 August 1984
Lyrics List
Story
Rosy (Meena), a limb and left arm paralyzed girl child with weak cardiac health, lives at an orphanage (Karunai Illam) alongside with other orphan children that were dumped by their parents forsaking due to disabilities or reasons having no parents and or for other reasons. The fact that she had been quit by her parents for untold reasons since her birth and her disability to be like other normal children attributes to her rudeness being uncaring and ignorant towards anyone. She even ill treats all her caretakers on the orphanage which turmoils to hatefulness on her by almost all other orphanage workers except the kind mother superior who heads the karunai Illam and is always kind to everyone and tries to tether the fact of love and affection to everyone regardless of ones ages. It is in the beginning of the movie, that is shown that mother superior consults doctors but for what or for whom or why isn't shown. (Ambika) arrives to karunai illam as a babysitting caretaking woman, who also does the role of a mother. She is assigned to take care of rosy by mother superior. She unlike any other's expectations, takes care of rosy despite her rudeness and shows extra care for her like a real mother herself, which even surprises mother superior as the older care takers gave up and sidelined when it came to taking care of rosy owing her arrogance.
It is informed that Rajinikanth, would one day visit the orphanage as a guest to entertain children on a special occasion under the permission of mother superior who thought it would be a good chance to mince change to everyone in the orphanage and would excite the little children. As said, Rajinikanth arrives and every ones gets to their toes as the whole orphanage gets into happiness. Rajinikanth gives a speech and distributes sweets to every little children and staff kindly and everyone receives it with pleasure. But when rajini's turn came to give rosy some sweets, rosy as usual emulates her hatred, which turns even bizzare when she smashes rajini's gifts onto his face. While this infuriates everyone around, even children, rajini imbibes ignominy caused by the little rosy's childish friskyness, since her being a child and still continues being calm. To rejuvenate happiness around, announces he will freely showcast his then released new movie 'Annai or Aalayam'. Rosy however not only earned eveyone's disgust for her act, but on the inside also feels guilty and saddened that she herself did this which even made her more grumpy.
Later that night, loomed over what she did, rosy was as usual stayed isolated from happenings around her. But she however got interested in the movie, that was show cast as promised by rajini after glimpse of watching a few scenes of it from far by her far by window and goes on to watch whole movie where in the hero of it, rajini, saves a baby elephant from poachers and re-unites it with its mother elephant displaying parental love which affects rosy in terms of sentiments that makes her want to apologize for her unkind acts. She next day displays a newer change in her behaviour, to everyone's awe. She apologizes to rajini sir through a letter, saying that his movie was the reason for her to change her perspectives which rajini sir swiftly agrees to and replies her back reciprocating his kindness. Having found herself to have become a bigger fan for rajinikanth, rosy obsesses about her favorite superstar uncle as she would love to call her. Mother superior, happy on this change of rosy requests to rajini sir as this change in metamorphosis of rosy was caused by rajini sir himself to which rajinikanth kindly oblidges.
Rajini again returns one day and sets up a little drama with K. Bhagyaraj obliging for mother superior's request to please the kids. There he and his young little fan, rosie bond with each other, which extends to limits where rajini takes rosie almost every where, even to his shoots of new movies considering the little child rosie's love for him as to reciprocate it. One day, while having fun time with rosie at the illam, in front of rajini, rosie coughs up blood. This panics him, where the doctor is consulted. The doctor, awares that rosie has a weak heart and she has just less number of days left for living her life, and this shocks the denmother (ambika) and rajinikanth himself. Rajini vows to keep his little fan happy for the rest of her life and takes to approach senior doctors for help. While ambika confronts mother superior in private regarding this, she reveals she was the real mother of rosie and interrogates mother superior as to why she didn't tell her about this. Mother superior reveals she was aware of this condition rosie has had and consulted doctors (shown earlier in the beginning) earlier than rosie was even able to speak as a child, only to know the problem was in deeper sense that could not be eradicated by modern medical amenities that only weakens her heart with time being, but only be cured by god and his grace himself.
When Rosy dies on Christmas Eve due to the her heart condition, she stills holds Rajinikanth's Shirt, and Rajinikanth starts crying, such was their affection for each other. 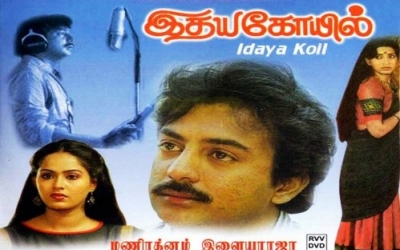 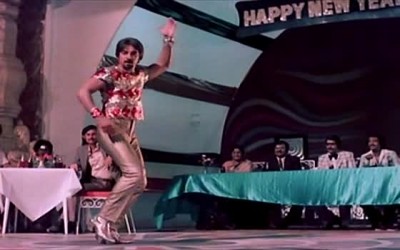 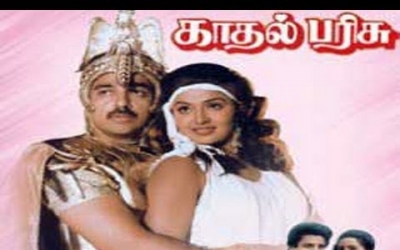 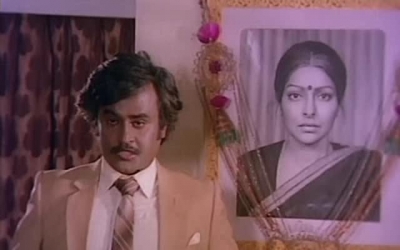 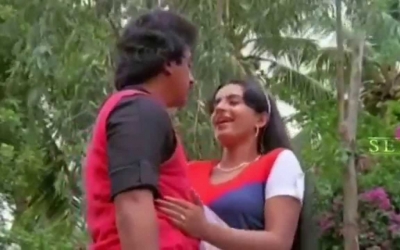 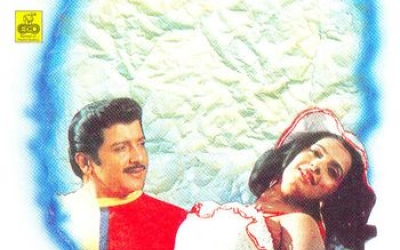 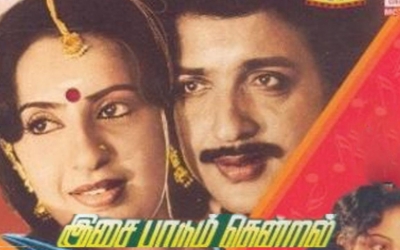