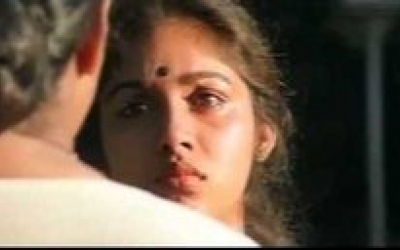 Movie Name
Anjali (1990)
Movie Name (in Tamil)
அஞ்சலி
Starring
Raghuvaran Revathi
Music
Ilaiyaraaja
Year
12 July 1990
Lyrics List
Story
The movie revolves around a family of four – a young civil engineer Shekar (Raghuvaran), his wife, Chitra (Revathi), and their two young children named Arjun (Tarun) and Anu (Shruti). The movie opens with Chitra giving birth to her third child, but unfortunately the daughter is stillborn. Two years later, Shekar and his family move to a new apartment complex. The family seems to have moved on from their grief due to the stillborn child incident and live happily. After a few altercations with the kids in the colony, Arjun and Anu are accepted by all the kids as their own. The kids are all for pulling pranks and generally causing a clamor around the apartment colony. One such constant joke they play on a mentally retarded ex-watchman (Janakaraj) of the colony, much to the chagrin of his wife. The only tenant they are afraid of is an ex-convict (Prabhu Ganesan) who lives alone in one of the apartments.

On one particular day, Chitra and the kids decided to surprise Shekar by meeting him at his construction area, unannounced. Nevertheless, on coming to the site, they learned from one of the construction workers that Shekar has left to conduct an emergency matter elsewhere. When Shekar returns home for dinner that night, Chitra casually asks Shekar where he was on that day, to which, Shekar replies that he was at the construction site the whole day. Chitra feels hurt to hear about Shekar lying and leaves the dining hall. Arjun and Anu too sense that their father is lying to them and leave the place. Nevertheless, before leaving the room, Anu blurts out accusations on her father, saying that he's lying about being at the site the whole day. Sekhar apologises to Chitra and consoles her and they both make up.

On New Year’s Eve, Arjun slips out late at night with the older children to celebrate while Sekhar is out of town on a business trip. Nevertheless, while dancing with his friends on the road, Arjun sees Shekar with another woman and is shocked to know that his father has lied to them about going out of the town. Later, Arjun and the other children are hauled by the police back to their homes. Chitra is furious to learn about Arjun's escapade and when Shekar comes back, asks him to punish Arjun. While Shekar inquires him about the incident, Arjun, who was still angry at his father, blurts out that he saw Shekar with another woman on New Year’s Eve. Chitra and Anu become shocked on hearing about the incident. Chitra then starts suspecting that Sekhar is having affair with another woman and confronts him about it but Sekhar swears on both his kids that he is not.

A few days later, while on the bus, Chitra spots Sekhar talking to a woman. She gets out of the bus and confronts Shekar. Without waiting for his explanations, she rushes back home, packs her bags and threatens to walk out of the house with her kids. Sekhar pleads her to stay but she doesn’t stop. Finally, Shekar comes clean.

Their third child, Anjali (Shamili), was born mentally ill and with a terminal illness a few years ago. The doctors did not give the child more than a couple of months to live. To avoid the sadness for a couple of months from an already physically exhausted Chitra and to protect his children from the trauma, he colludes with the doctors to lie to his family that the child was stillborn. But much to the surprise of everyone, the child has made it past her second birthday and is seemingly physically healthy. The woman Shekar was talking to is Anjali’s doctor. Although Chitra is saddened by this betrayal, she decides to bring Anjali back home.

This causes the parents of the kids to worry as they don’t want their kids to be close with a mentally retarded kid. During an apartment association meeting, the parents of the kids demand that Shekar and Chitra either leave the apartment or institutionalize Anjali. The only person to argue for Anjali’s presence is the ex-convict. The parents are afraid of him and let it go. But soon, Anjali wins over everyone in the apartment complex and everyone comes to like her.

Meanwhile Shekar, during a late-night visit to his construction site with Chitra and Anjali, is witness to a murder. He reports this to the police and the murderer is arrested. The murderer is enraged and visits Shekar’s house after getting out on bail. He physically assaults and plans on killing Shekar. But the ex-convict comes to the rescue and kills the murderer in the altercation when he threatens Shekar’s family and is arrested. The ex-convict thanks Shekar before leaving as Anjali was the only person to show compassion to him.
The next morning, Anu wakes up and goes to wake up Anjali, but she doesn’t wake up. Anjali had died in her sleep. As more and more people come after hearing Anu’s screams, they all are saddened by the demise of the girl who taught them to accept and forgive. 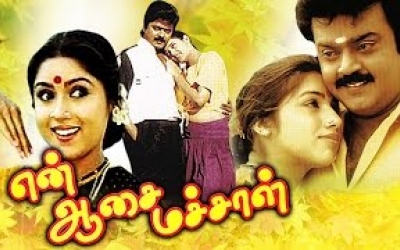 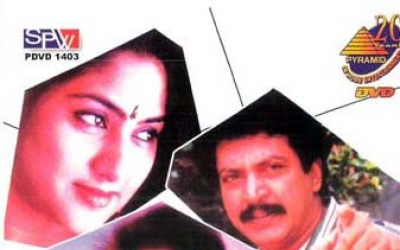 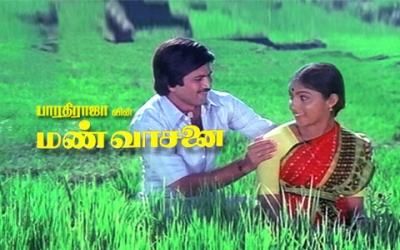 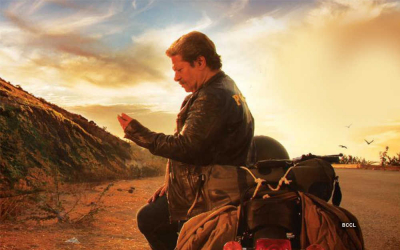 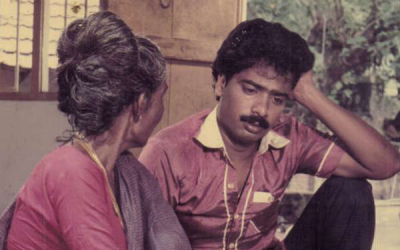