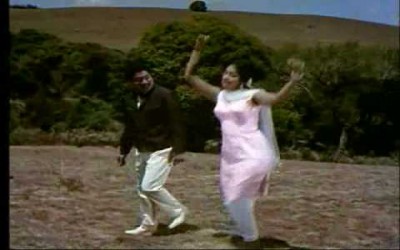 Movie Name
Ooty Varai Uravu (1967)
Movie Name (in Tamil)
ஊட்டி வரை உறவு
Starring
Sivaji Ganesan, K.R. Vijaya, R. Muthuraman
Music
M. S. Viswanathan
Year
01 November 1967
Lyrics List
Story
A wealthy businessman from Ooty, Vedachalam (T. S. Balaiah), is married to Sundari and has a son, Ravi (Sivaji Ganesan) who is now taking care of the family business. Vedachalam is also secretly married to Sivakami and has a daughter (L. Vijayalakshmi), by the second marriage. After Sivakami's death, his daughter decides to seek him out and sets out to Ooty to confront him with proofs of his second marriage.

Meanwhile, Vijaya (K. R. Vijaya) is the daughter of a wealthy zamindar. After her parents death, her uncle tries to marry her in order to acquire her wealth. Unwilling to marry him, she runs away from home. On the way to the railway station, her taxi runs over L Vijayalakshmi. She tries to take her to the hospital, but the taxi driver refuses to help. Ravi who comes on the same road sees the L Vijayalakshmi and hospitalizes her.

Vijaya reaches the railway station and realizes that she has L Vijayalakshmi's luggage. She opens the trunk and sees the evidence of Vedachalam and Sivakami's wedding. Needing a place to stay, she decides to go to Vedachalam and claim that she is his daughter. She meets Ravi on the train and she pretends to be Vedachalam's daughter. Ravi is disturbed to know that his father had a second wife, but does not reveal his identity to her.

Vijaya meets Vedachalam and confronts him. He accepts the charges and introduces her to his wife and son as his friend's daughter. Vijaya also agrees to pretend to be his friend's daughter. Ravi initially accepts her claim and later realizes that she is not his real sister because his sister is left-handed while Vijaya is right-handed. She is forced to tell him the truth.

Initially, Ravi decides to throw her out but later tells her to continue acting as his sister in order to make his father accept his real sister. Meanwhile, he falls in love with her and his mother accepts their relationship and want to get them married. Vedachalam is against this relationship since he believes that Vijaya is his daughter.

Having lost the proof of her birth, the now-recovered L Vijayalaksmi meets her boyfriend, Sundaram (R. Muthuraman) and seeks his help. Since his father is against love marriages, Sundaram puts her up temporarily in a hotel.

Dr. Tirupathy (Nagesh) is Vedachalam's family physician and he sees a “Missing” ad placed by Vijaya's uncle and tries to find out who she is. Meanwhile, Ravi meets his real sister in the hotel with Sundaram. Being Sundaram's friend, he tries to help the couple without revealing his relationship with L Vijayalakshmi. At his suggestion, Sundaram takes L Vijayalakshmi home claiming that he ran over her and that she has lost her memory as a result of the accident.

Sundaram calls in Ravi who pretends to be a doctor and they convince Sundaram's father (V. K. Ramaswamy) that if he does not help treat L Vijayalakshmi, Sundaram will be jailed for the accident. So she stays in the house, and they give her a new name, Rathi.

Since Ravi has to return to Ooty, Sundaram, his father and Rathi move there as well. There Ravi tells Sundaram's father that she is Vedachalam's daughter. He also advices him to get his son married to Rathi on the quiet since her father is much wealthier than him and may not agree to the marriage. Rathi wants Ravi to attend the wedding but he says that he is having a registered marriage with Vijaya on that day.

Being anxious to get his son married to the wealthy Rathi as soon as possible, Sundaram's father promises to conduct both weddings together at his expense. Meanwhile, there is a little bust up as Dr. Thirupathy's wife (Kumari Sachu) informs Vijaya's uncle about her whereabouts and he kidnaps her on the wedding day. However, Dr Thirupathy, Ravi and Sundaram rescue her and return to the wedding venue.

Vedachalam who comes there to attend Sundaram's wedding is shocked to see that Ravi is getting married there as well. Pushed to a corner, Vedachalam is forced to confess that he had a daughter by a second marriage and that Vijaya is this daughter. Ravi then steps forward and explains that she is not the daughter but Rathi is. Sundari forgives Vedachalam, accepts Rathi and both marriages take place. 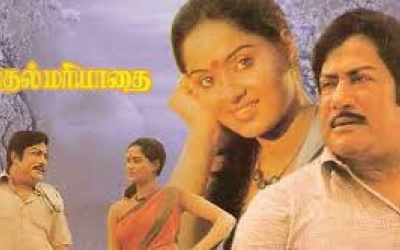 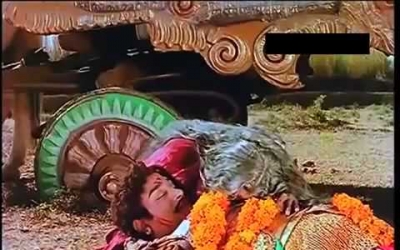 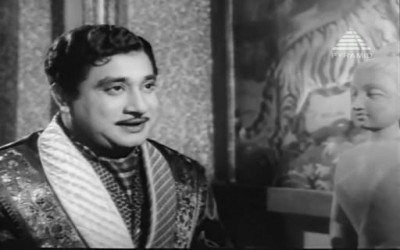 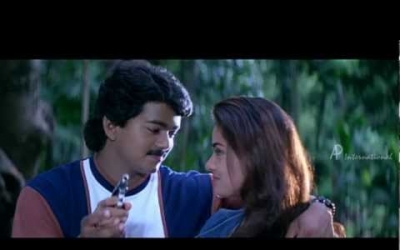